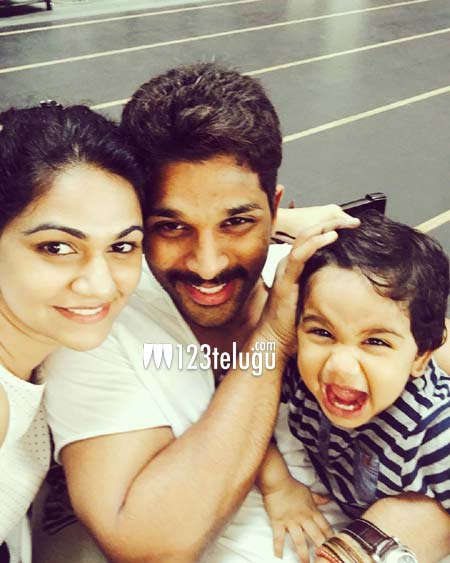 It was quite a turn of events for Stylish star Allu Arjun when his three year old son gave him a huge shock earlier today. Going into details, when Bunny’s son, Ayan was listening to music on his dad’s phone, he accidentally messed up stuff which resulted into a song of Sardaar Gabbar Singh getting tweeted from Bunny’s account.

Bunny himself revealed this news and also jokingly added that thank god it was Pawan’s number from Sardaar and not other hero’s film. He made a series of tweets regarding this incident which is creating a lot of buzz from this morning.

Should me more careful from now on. I am still in shock ! Really shockeddd

It's impossible to do it. It took my 10 mins to figure out how he did it. He does'nt know anything on the phone. Just pureeee luck. Unreal.

Oh my god ! Shocking! My son was listening to songs in my phone iTunes a while ago. The next thing I see is Sardaar song in my Twitter acc.