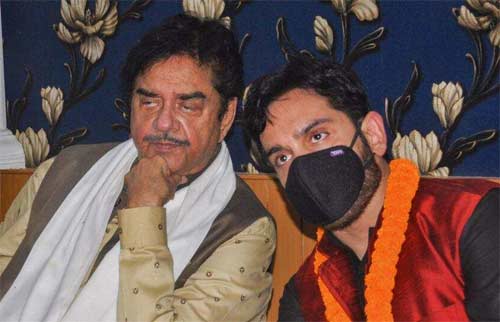 The eyes of the entire country are now on the Bihar election results. Not many know that Sonakshi Sinha’s brother and Shatrughan Sinha’s son, Luv Sinha has contested the election on behalf of the Congress party.

As per the fresh results, Luv is trailing Bharatiya Janata Party’s Nitin Nabin from the Bankipur seat. Nabin is a three-time BJP MLA and has been winning the seat since 2005 and is considered a very powerful leader in Bihar.

Bankipur, one of the six assembly segments of the Patna Sahib parliamentary seat, had twice elected Shatrughan Sinha in 2009 and 2014. Let’s see what happens to his son Luv Sinha this time.