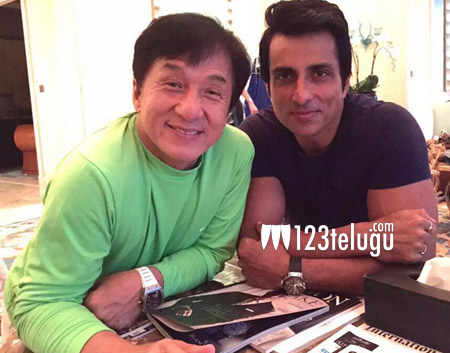 Popular for his villain roles in several blockbusters like Dookudu, Julayi, Kandireega and Arundhati etc, popular Bollywood actor Sonu Sood is playing a crucial role in world famous action star from Hong Kong, Jackie Chan, in the latter’s upcoming film, Kung Fu Yoga. The film is said to be the most expensive project in Jackie Chan’s career.

Directed by Stanley Tong, Kung Fu Yoga’s shooting has been commenced in Dubai couple of days ago, and the unit will shoot a major portion of the film in Dubai, India and China. On signing his first ever international project, Sonu Sood has been showered with congratulatory messages from several stars in Bollywood and down south.