Vijay Devarakonda wants this star to be in Terminator series
Published on Oct 16, 2019 1:16 pm IST 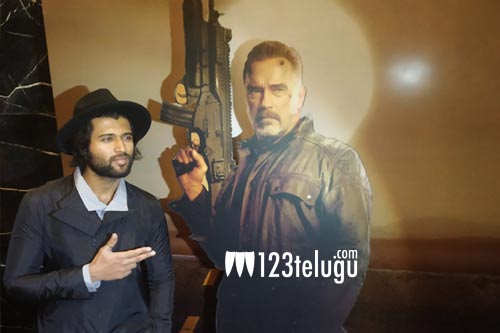 Hollywood films are being dubbed in Telugu a lot these days and now it is the turn of Terminator Dark Fate, the latest part in the Terminator franchise.

Vijay Devarakonda launched the Telugu trailer and remembered how he used to watch the Terminator films when he was a kid.

Vijay also made a cool suggestion that films like Sye Raa and Saaho should be dubbed in English and showcased to the Hollywood audience. He also told that stars like Prabhas should be seen in films like Terminator.

Terminator Dark Fate is up for a release on the 1st of November in India. James Cameron produces it.