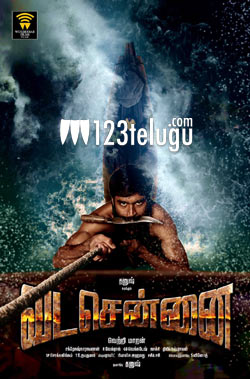 The shooting formalities for Vada Chennai’s first part have been wrapped up recently and the post-production work is underway at the moment. The first part will be hitting the screens in June. Talented actresses Andrea Jeremiah and Aishwarya Rajesh are the film’s leading ladies, while acclaimed actors and filmmakers Ameer and Samuthirakhani will be seen in pivotal roles in the movie.

Dhanush’s Wunderbar Films and Vetrimaran’s Grass Root Film Company banners are bankrolling this exciting movie franchise, while Lyca Productions will be releasing the part one. Kabali and Kaala fame Santhosh Narayanan is composing the music for this trilogy.