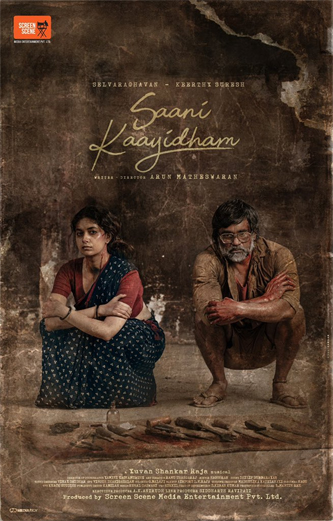 A few months ago, acclaimed Tamil filmmaker Selvaraghavan had announced that he will be making his acting debut with a Tamil film. Also starring Keerthy Suresh, the film is said to be an intense crime thriller.

This afternoon, the film’s first look poster and title logo have been unveiled by the makers. The film has been titled Saani Kaayidham. Both Selvaraghavan and Keerthy Suresh are seen in notorious criminal avatars.