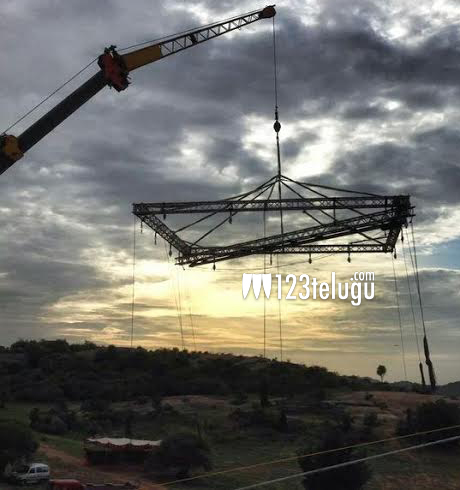 It is normal for stuntmen to work on action sequences for films. But do they work on songs?

If you are SS Rajamouli, the answer is yes. The creative director is using ropes and stuntmen for the picturisation of a song involving Prabhas and Tamanna. Cranes and stunt equipment are being used for the song.

Baahubali is a 175 Crores movie that is being produced by Arka Media and the movie will release on April 17th 2015. Rana is playing the villain role while Anushka and Tamanna will be playing Prabhas’ heroines.