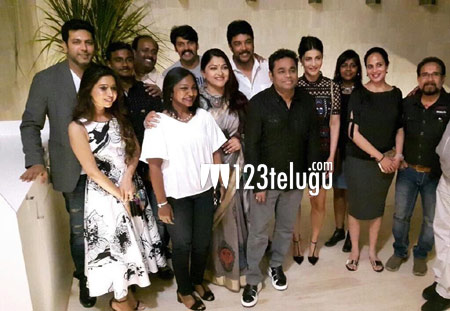 The ongoing film festival at Cannes has become quite famous for the manner in which Indian films are being showcased. The latest big budget extravaganza, Sanagamitra was launched on a grand note in Cannes earlier today.

The entire film unit including director Sundar, A R Rahman and the film’s lead cast Arya, Jayam Ravi and Shruthi Haasan were present at the launch and press meet held.

The above said film will be made on a huge budget which is over 400 cores and is the most expensive Tamil film to date. Shruthi Hassan plays the title role in this film which will go floors soon.

The film will be shot all over the world and some of the top technicians in the country will work on it.