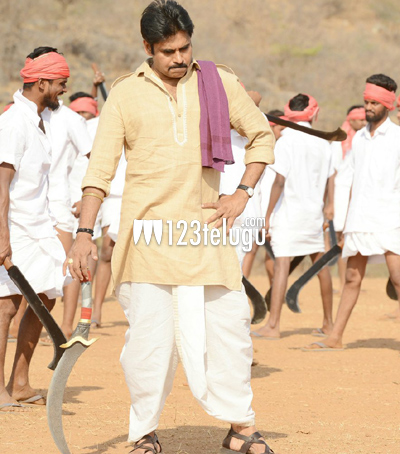 Pawan’s stylist for the movie, Ishita Singh, revealed all the hardwork that went into bringing this best ever look for Pawan as Katamarayudu. Ishita had spent a painstakingly​ long time researching ​and gathering the right fabrics across the country and took another week to design the right look.

Ishita stuck to Pawan’s common man’s character and made his costumes look and feel natural. She had mostly used woolen and lenin handlooms sourced from well-known retailers​ in the country.

Pawan apparently used to suggest a few changes in her designs. Despite all the tiring work, the young designer had a huge sigh of relief when Pawan appreciated her designs.