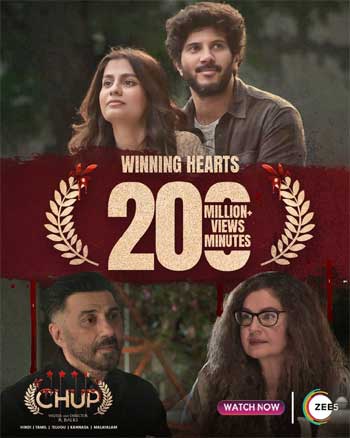 Dulquer Salmaan’s latest Hindi film Chup mesmerized audiences and critics and turned out to be a successful venture. Revenge of the Artist is its tagline. The movie is about a serial killer who targets film critics for giving false reviews.

After a successful theatrical run, the movie is now streaming on ZEE5 in major Indian languages. The latest news is that the movie has clocked in 200 million streaming minutes on the OTT platform. The brand image of Dulquer and the way director R. Balki presented the film in a gripping manner made this possible.