Sudden censor of Nishabdham gives more hints of OTT release
Published on May 27, 2020 11:02 am IST 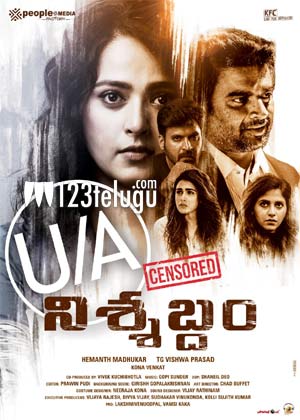 So much is being said about Anushka’s Nishabdham that it will skip its theatrical release and will come out on the OTT platform directly now in a few days.

But the makers have denied that news. But once again, director Hemanth Madhukar gave a clear hint with his tweet that the film will come out on the OTT platforms.

He posted the censor details of the Telugu and Tamil version and said that their film got a U/A. Now that there are no theaters, there is no point in going for censors.

Though the director in his tweets as that film should come out in theaters first, it clearly hints that very soon it will be out on OTTplatform.

Both our films #nishabdham Telugu and #silence given U/A censor certificate and I am overwhelmed by the response of the #cencorboard panel members and my sincere thanks to them for there advice to release the film first in theatre 🙏 pic.twitter.com/bIZTOvjY7q