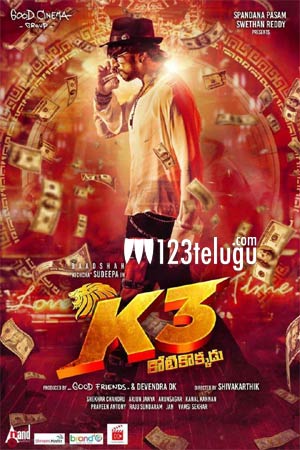 It is a known fact that Kicha Sudeep has done a film called Kotigobba 3. Shraddha Das played a key role in this film which is being directed by Siva Karthik. The film’s teaser that was released in Kananda has won a lot of applause.

The film is also being dubbed in Telugu by Shreyas Media and the first look is out now finally. Titled Kotikokkadu, the film has Madonna Sabastian as the female lead.

The dubbing works are going on as of now and the makers are planning for an April 4th release. More promotional material from the film will be out soon.