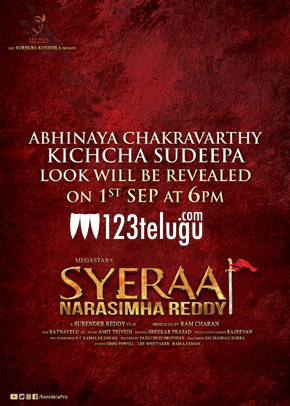 Sye Raa is one film which is being eagerly awaited all over. Ever since the teaser was launched, the expectations of the film have gone sky high. We all know that Kannada star Sudeep is doing a key role in the film and the latest we hear is that his look from the film will be out today.

Sudeep will be seen in a very gripping role in the film which is being directed by Surender Reddy. Amitabh Bachchan and Vijay Sethupathi play other lead roles in the film.

Ram Charan is producing this film on his home banner.