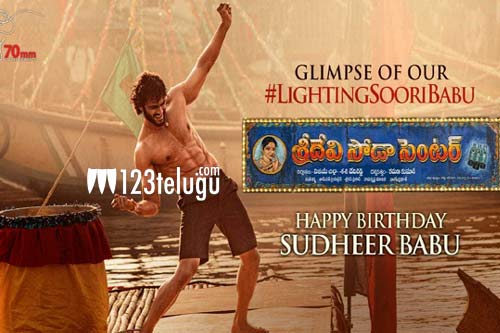 Hero Sudheer Babu is celebrating his birthday today. On this occasion, the makers of his ongoing rural drama, Sridevi Soda Center, unveiled a special glimpse video that showcased his look and character. Sudheer plays Lighting Sooribabu who decks up the nearby villages during events and celebrations.

In the glimpse video, Sudheer packs a punch with his strikingly ripped body and a rugged yet endearing makeover. Veteran composer Manisharma’s blazing background score, Shamdat’s spectacular visuals and the unexplored locales are the other highlights of Lighting Sooribabu glimpse video.