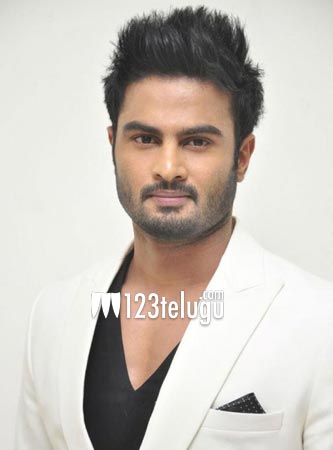 Sudheer Babu will be seen in a brand new avatar in V, director Mohan Krishna Indraganti’s next which promises edge-of-the-seats action. While talking to a leading English daily, he confessed that this role in the film is quite a departure from his charming, boy next door role in Sammohanam with the same filmmaker.

He will be playing the antagonist in the film where Nani is the hero and both of them will share a good amount of screen space. He plays an IPS officer by the name Abhimanyu.

Apparently, Sudheer takes on an assertive and aggressive character that has shades of grey. His character is said to be inspired by how a new-age top cop might behave in real life.

He not only promises a great deal of action but some intense dialogues which will keep the audience glued to the screen. Sources say that his opening scene is one to watch out for as it promises an extravaganza. It has been shot in Old City and has some memorable visuals which will set the tone for the film.