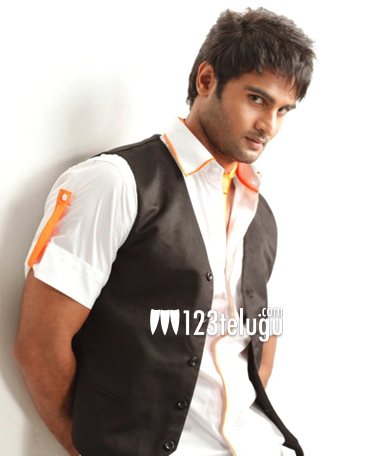 Actor Sudheer Babu is currently busy shooting for his debut Bollywood film, Baaghi. The film’s latest schedule is going on in the picturesque Kerala back waters. Sudheer Babu will be playing a crucial role in Baaghi A Rebel For Love, which features young Bollywood stars Tiger Shroff and Shraddha Kapoor in the lead roles.

In Telugu, Sudheer’s next, Bhale Manchi Roju, in the direction of young debutant Sriram Aditya, is nearing its completion of the post-production phase. The film is expected to be an interesting thriller and the first look poster, which was released a month ago, raised the curiosity levels among fans and trade circles.

Newcomer Wamiqa Gabbi makes her Telugu debut as a heroine with this exciting thriller, which is being produced by Vijay and Sashi.