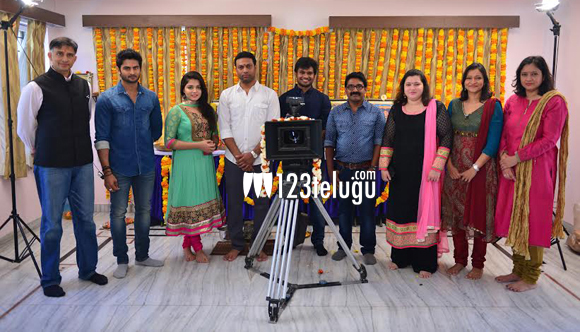 Young hero Sudheer Babu, is slowly making his presence felt in Tollywood. He has two films gearing up for release and his yet another new flick was launched today. Mahesh Babu’s sisters attended the launch and blessed Sudheer Babu on this occasion.

Directed by debutante Sri Ram Aditya, this film has Vamika Gabbi as the female lead. Shooting of this film will go on floors very soon and Vijay Kumar Reddy produces this film on 70 MM Entertainments banner. Keep watching this space for more updates on this film.