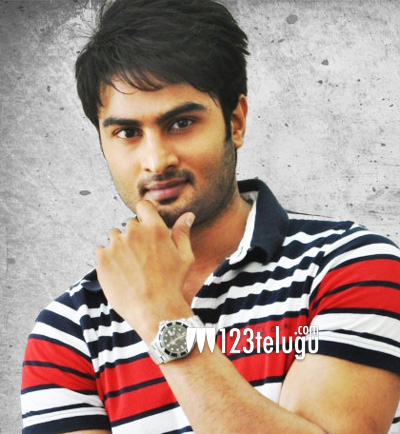 Young hero Sudheer Babu, is a hard working actor who is eager to make it to the big league in Tollywood. After the stupendous success of Prema Katha Chitram, his next film ‘Aadu Magaadra Bujji’ failed at the box office.

Loosing no hope, he is currently acting in ‘Krishnamma Kalipindi Iddarini’ which is the remake of Kannada film Charminar. Now, he has started shooting for yet another movie in the direction of AN Bose.

AN Bose has earlier directed ‘DK Bose’ with Sundeep Kishan which is yet to see the light. The untitled movie which has been recently started will be produced by Chakri Chigurupati who has earlier produced Swamy Ra Ra.