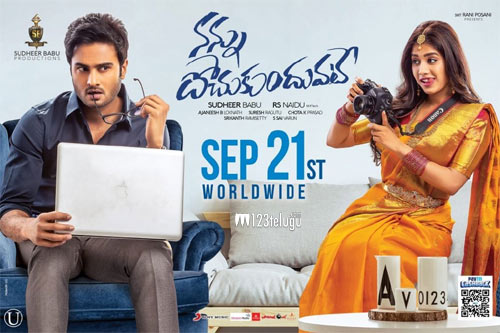 Sudheer Babu is going great guns in his career post the success of Sammohanam. He is back with his new film Nannu Dochukunduvate which will release on the 21st of this month in a grand manner.

The latest we hear is that the film has cleared its censor formalities with a clean ‘U’ certificate. Nabha Natesh is playing the female lead in this film which is touted to be a romantic comedy.

The trailers have caught on quite well and we need to see if Sudheer Babu continues his success streak with this film as well.