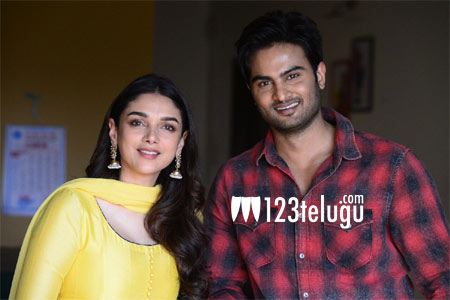 It is well known that Sudheer Babu is currently working on a project with noted director Mohana Krishna Indraganti. The film’s regular shooting kick-started recently in Hyderabad.

Now, the latest buzz is that the makers have finalized Sammohanam as the film’s title. Touted as a rom-com entertainer, the film has Bollywood actress Aditi Rao Hydari as the female lead.

Vivek Sagar is going to score the music and PG Vinda is the cinematographer. Sivalenka Krishna Prasad is producing the film.