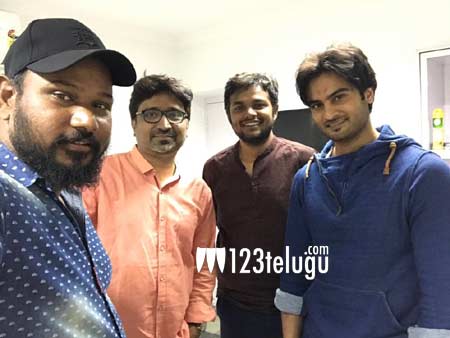 It’s been already reported that Sudheer Babu will be joining hands with noted director Mohanakrishna Indraganti for his next. Bollywood starlet Aditi Rao Hydari will be seen as the female lead in this film.

The film had a formal launch this morning. Confirming this news, Mohanakrishna tweeted on his official Twitter handle, “It’s OFFICIAL. My film, with Sudheer Babu and Aditi Rao Hydari as the lead pair, is launched officially today i.e. 23rd November 2017. Super excited:)))) My tech team is the same except a new addition— the new kid on the block, Vivek Sagar, for Music:))”. Indraganti also shared a groupie with his main technical team.