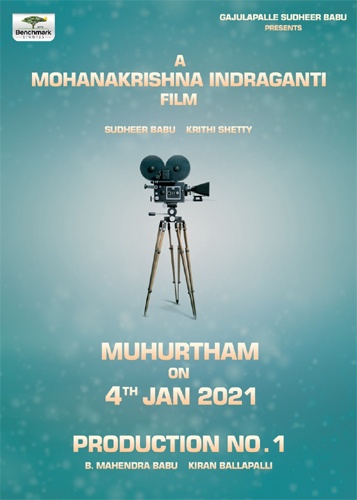 Hero Sudheer Babu has teamed up with director Indraganti Mohanakrishna on Sammohanam and V. It’s well known that they both are joining forces with each other once again for their hat-trick film, which is touted as a romantic entertainer.

The Sudheer Babu-Indraganti film will be launched tomorrow with a formal puja ceremony. Uppena beauty Krithi Shetty will be seen as Sudheer’s love interest in the movie. Young composer Vivek Sagar will be scoring the soundtrack for this Mahendra Babu and Kiran Ballapalli’s joint production.