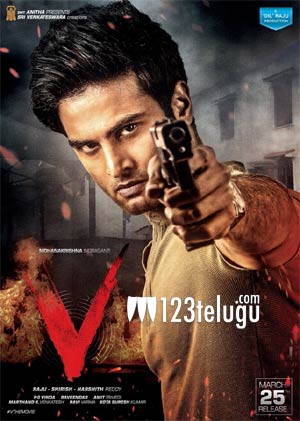 The first look of Sudheer Babu from the film V the movie is out finally. The young hero is seen in a fierce action avatar and raises the curiosity even more.

Now, the latest we hear is that Sudheer Babu will be seen as an IPS officer in the film who is after Nani. His look will be revealed tomorrow in a special way.

Mohana Krishna Indraganti directs this film which is being produced by Dil Raju. Aditi Rao and Nivetha Thomas play female leads in this film.