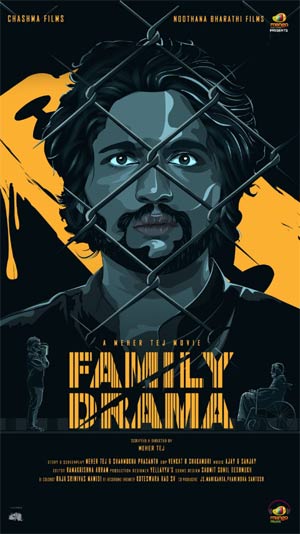 Young actor, Suhas made a decent name for himself with the film Color Photo. The film was an average success and gave Suhas multiple opportunities in Telugu.

Family Drama is directed by debutante Meher Tej and he is also producing it along with Teja Kasarapu. By the looks of it, Suhas is ready with yet another experiment and will impress one and all.