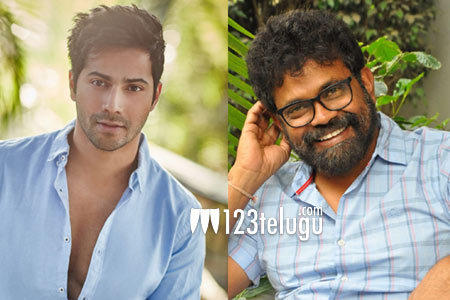 Sukumar has gone to the next league with the success of his latest film Rangasthalam. This has opened several avenues for the director and one among them is a film in Hindi.

If the latest reports coming out in the Bollywood circles are to be believed, Sukumar might soon direct none other than Varun Dhawan. The news is also that Zee TV will be producing this film and Sukumar has already met Varun to narrate the story.

We all know that Sukumar will direct Mahesh next in Telugu and as this project has some time to take off, the ace director is in plans to direct Varun in the meantime.

In some of his previous interviews, Sukumar always said that he wanted to remake Arya in Hindi. Let’s hope that this film will be the above-said project as the subject of Arya will perfectly suit Varun Dhawan’s image big time.