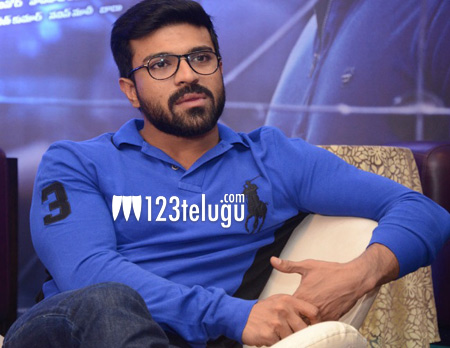 Ram Charan had wrapped up the grueling first schedule of his ongoing movie in Sukumar’s direction in April. Ever since the movie went on floors, there was a huge buzz around the film’s title, while Sukumar has still got Charan’s fans guessing.

Charan further said that the film’s shooting has been progressing satisfyingly​ and that Sukumar has been contemplating four interesting titles and hoped that the director will come up with the best one soon.