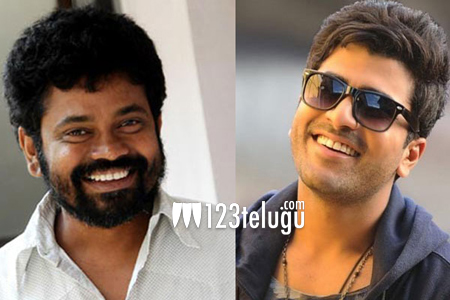 Director Sukumar turned producer with Kumari 21F. The film was a huge hit and buoyed by the success, Sukumar bankrolled yet another project titled Darsakudu, featuring his brother’s son.

Now, if the ongoing reports are anything to go by, Sukumar has roped in young hero Sharwanand for his next home production. However, there has been no official confirmation from either parties in this regard.

Meanwhile, Sharwa will reportedly be teaming up with Swamy Ra Ra director Sudheer Varma after he wraps up Maruthi’s Mahanubhavudu.