The demise of veteran director Dasari Narayana Rao has shocked the entire Telugu film industry and especially the director’s fraternity are not able to digest the fact that the biggest name in the world of Telugu cinema is no more.

Several directors have conveyed their condolences but director Sukumar’s note to the legend is quite moving. In a specially written hand note, the noted director has quoted some very moving words about Dasari and why he should come back to life.

Several industry bigwigs attended the funeral earlier today which was held in Dasari’s farm house in Moinabad. Aged 75, Dasari directed 151 films to date and has won several awards in his career. 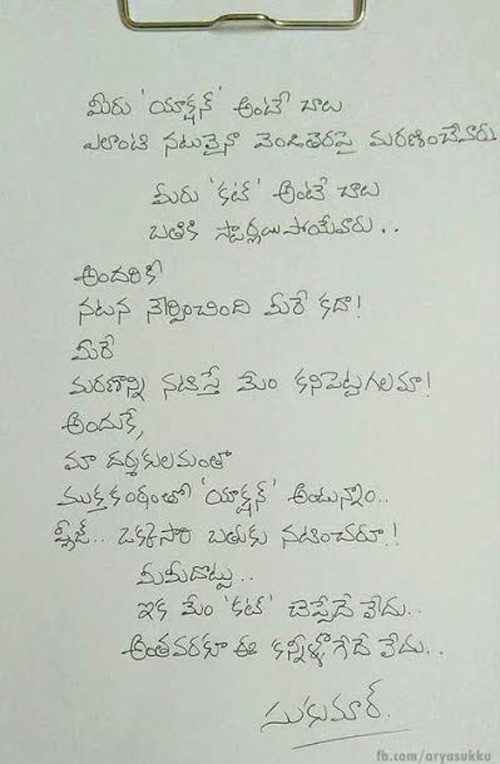