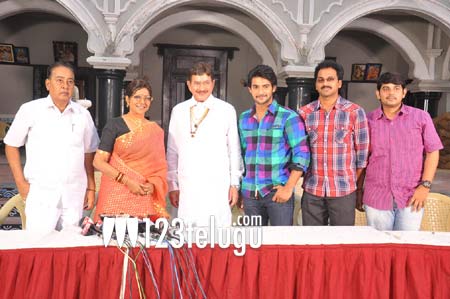 Aadi, Nisha Aggarwal starrer Sukumarudu is making brisk progress. Already 40% of the shooting has been wrapped up and after this schedule, the film unit will head to Vizayaganaram to shoot some important scenes. Superstar Krishna and Urvashi Sharada are playing important roles in the film. “I accepted to do this role upon the request of the director. Sharada and I acted in Rowdy No 1 on the same banner 30 years ago and now I am glad that we are teaming up once again. Aadi is doing a good job and I am sure he’ll have a bright future,” Krishna said. G Ashok, who had earlier made Pilla Zamindar, is directing the film and Venugopal is producing the film on Sri Soudamini Creations banner. Neelam Upadhyaya, Brahmanandam and Thanikella Bharani are playing important roles in the film. Anup Rubens is composing the music.