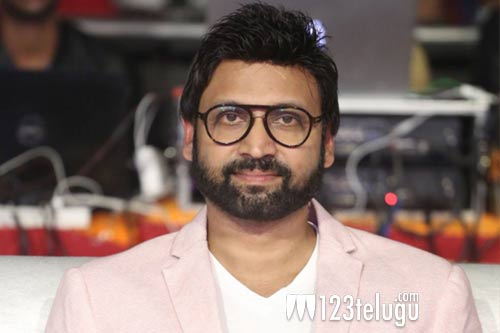 For the last couple of days, speculations on hero Sumanth tying the knot for the second time have been going viral on social media. An alleged wedding invitation picture, featuring Sumanth and bride-to-be Pavithra’s initials, has been doing several rounds on the internet.

Now, much to everyone’s shock, Sumanth took to Twitter this evening and posted a video message. The actor clarified that he is not getting remarried as being speculated and that the leaked picture of the wedding invitation was from his upcoming film which is based on divorce and remarriage.

Sumanth went on to say that the title and first look of his film will be out very soon and that he is quite excited about this project. Well, Sumanth’s clarification will put an end to all the viral speculations.

🙏🏼 Just clearing the air, for those who are interested, and for dear @RGVzoomin who has such immense concern for me 😊 https://t.co/ROrftZaadc pic.twitter.com/TS72kbdNA8