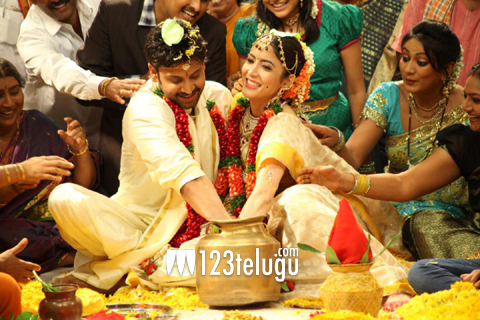 Hero Sumanth’s ‘Emo Gurram Egaravachu’ is gearing up for a December release. Post production activities are coming to an end and the production unit is considering a release in the second week of December. An official announcement about the audio release date and theatrical release should be out soon.

Chandra Siddhartha is the director of the movie and S.S.Kanchi has provided the script. The production unit is quite happy with the final output of the movie. Thai actress Pinki Savika will be seen as the heroine and she will be making her Indian film debut with this project.

Poodhota Sudheer Kumar is the producer of this movie and M.M.Keeravani has scored the music.