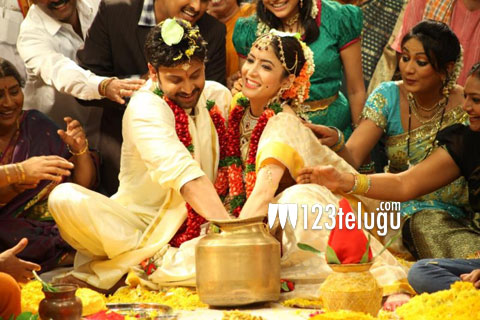 Sumanth is currently going through a lean phase of his career with no proper hits at the box office and is desperately waiting for a commercial success to bounce back. He was last seen in ‘Daggaraga Dooramga’ which turned out to be a disaster at the box-office.

Sumanth is now getting ready with his next film titled ‘Emo Gurram Egaravachu’. The shooting of the movie started in February this year and has been wrapped up recently. The dubbing work of the movie has been completed and other post production activities are going on in full swing. SS Kanchi has penned the script for this movie and is expected to be a romantic entertainer. The audio release date and movie release date will be announced soon.

Pinky Savika is making her debut as a heroine with this film and MM Keeravani is composing the music. Chandra Siddhartha is directing this flick and Madan is producing the movie.