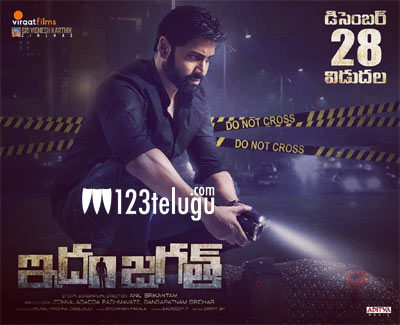 Sumanth’s Idam Jagat, which was waiting for its release date has finally fixed December 28th as its release date. Premam actress Anju Kurien is the female lead in this film which is jointly produced by Jonnalagadda Padmavati and Gangapatnam Sridhar.

Sumanth will be seen as a journalist in this film which is directed by Anil Srikantham. The film’s trailer has been getting a decent response and we need to see how the audience accepts Sumanth in a role with negative shades.

The pre-release event and other promotion dates will be revealed soon.