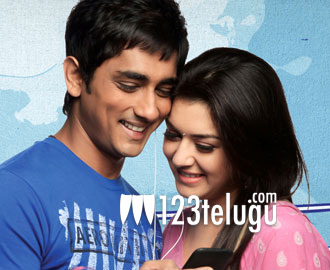 Siddharth and Hansika will soon be seen in a film titled Theeya Vela Seiyanum Kumaru. Sundar C is directing the film and Khushboo is producing it. The film’s shooting began in mid January and the pace at which Sundar C is directing the film has come as a big shock to both the lead actors. “Theeya Velai Seyyanum Kumar is progressing at a pace, I didn’t know possible until now. Sundar C is special. Very funny script. Super fun,” Siddharth said. Even Hansika is all praises for her director and tweeted, “And my director smiles for yall . #sundar C. One of the fastest dir I have worked with . Supa start to the week :)” The film is currently being shot in Hyderabad. Ganesh Venkatraman and Santhanam are playing important roles in this comedy entertainer.