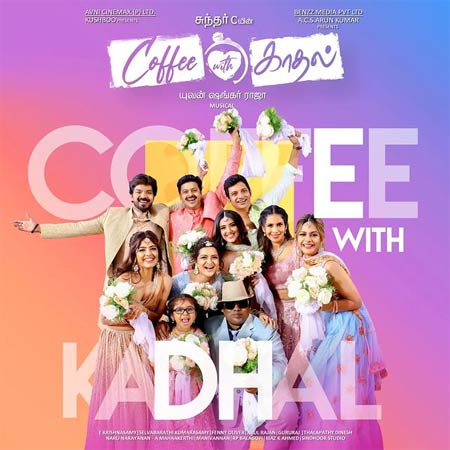 Kollywood actor-director Sundar C is back with another movie. The multitalented film personality has announced his next film as a director.

Title Coffee with Kadhal, the movie has Jiiva, Jai and Sriram as the male leads. Malvika Sharma, Amritha and Aishwarya Dutta are roped in to play the female leads in this romantic comedy movie. The movie also has Yogi Babu, Redin Kingsley, Samyuktha and others in key roles.

The makers have released the first look poster that looks colourful and lovely. Presented by the veteran actress Kushboo, the movie is produced by Avni Cinemax and Benzz Media Pvt Ltd. Yuvan Shankar Raja is the music composer for this love story.