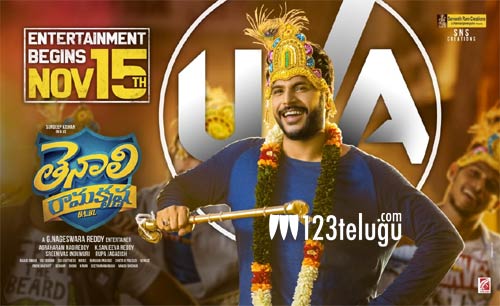 Sundeep Kishan and Hansika’s romantic comedy entertainer, Tenali Ramakrishna BA BL, is hitting screens on November 15. This evening, the film completed its censor formalities. The CBFC has passed the film with a UA certificate without any cuts.

Tenali Ramakrishna BA BL will showcase the fun side of Sundeep and even Hansika. Both the actors will be seen as lawyers in the film. The recently released theatrical trailer was hilarious and it created a decent buzz for the movie. Popular Tamil actress Varalaxmi Sarathkumar essays a key role in the movie.