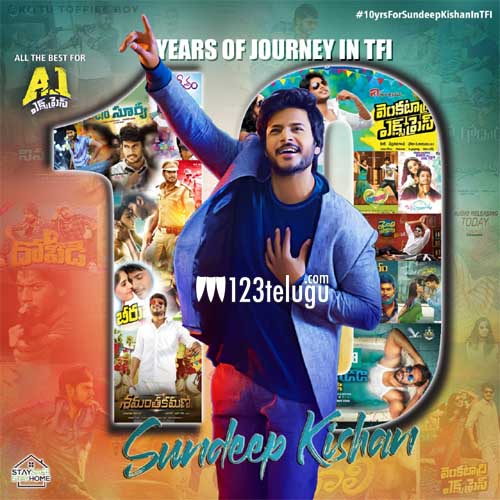 On this date, in 2010, critically acclaimed political drama, Prasthanam, hit theaters. The film marked young hero Sundeep Kishan’s debut as an actor. Today, Sundeep has completed 10 years of his career. Today, Sundeep is a well known name in both Tollywood and Kollywood.

Over the years, Sundeep had proved is versatility by switching various genres. Venkatadri Express, Shor in the City, Gundello Godaari and Maanagaram are some of the movies that showcased Sundeep’s acting prowess. He also turned producer with the 2019 psychological thriller, Ninu Veedani Needanu Nene.