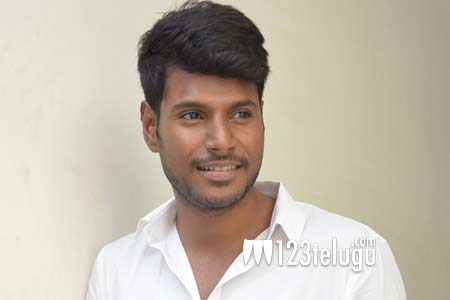 Young hero Sundeep Kishan’s upcoming film, Care of Surya, is slated to hit the screens on November 10. The film is going to be a full-on fun ride with thrilling elements. In his latest promotional interview, Sundeep promised to offer more entertainment in his two upcoming films.

Sundeep said his ongoing movies – Bollywood director Kunal Kohli’s film co-starring Tamannaah, is a fun-filled youthful entertainer. Furthermore, Sundeep said his film with Mahesh’s sister Manjula is an entertaining love story and that it will be memorable one in his career. And then, his Tamil thriller Naragasooran in Gautham Menon’s production will be an intense thriller.