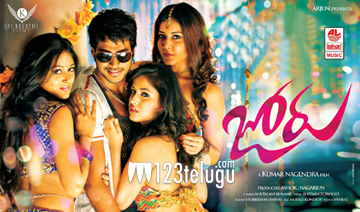 Sundeep Kishan is slowly making a big leap in Tollywood. All his recent films have created a huge buzz and Joru is his latest film which has hit the screens yesterday. In spite of the mixed response it got from the critics, the film opened to some packed houses all over. Right from the morning shows, there was 90% occupancy making it a huge release for Sundeep.

Sundeep Kishan’s past two hits and Raashi Khanna’s craze have a big role to play in the films huge opening. Directed by Kumar Nagendra, this film saw house full collections in both the multiplexes and the single screens making it Sundeep Kishan’s biggest ever release.