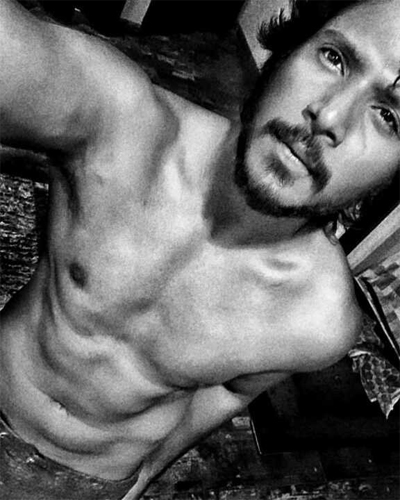 Sundeep Kishan is back in the game and is doing some really good projects. One of them is A1 Express, a film based on Hockey. The shooting of the film has also been wrapped up.

To look the part in the film, Sundeep Kishan has shed close to 12 Kilos and has carved a lean physique in the film. In one of the fights, Sundeep will be showing his six-pack look which is going to be the highlight say the sources.

Today, he teased his fans with a small glimpse of his body and he looks good with his new look. Lavanya Tripathi plays the main female lead in this film which is being produced by Sundeep himself.