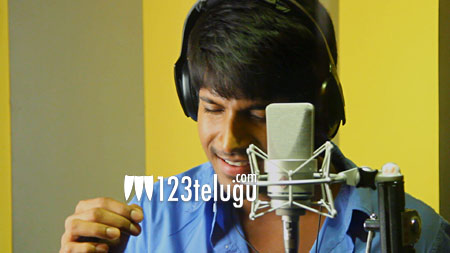 Young hero Sundeep Kishan seems to be on a roll after the success of ‘Venkatadri Express’. He has recently produced a short film that went on to do very well. Now, he has turned to singing and he has lent his voice for an upcoming song in the film ‘Idhega Ishtapaddav Bala – Krishna’.

The film has Vijay Sethupathi and Swathi in lead roles and it is the dubbed version of the Tamil film ‘Idukku Thanai Aasapatta Balakumara’. Coffees Cinema and Sapthavarna Creations banners are jointly producing this movie.

Sundeep Kishan has sung a prayer song for the movie and this number has a humorous tone to it. Gokul is the director of the film and Siddharth Vipin is the music director.