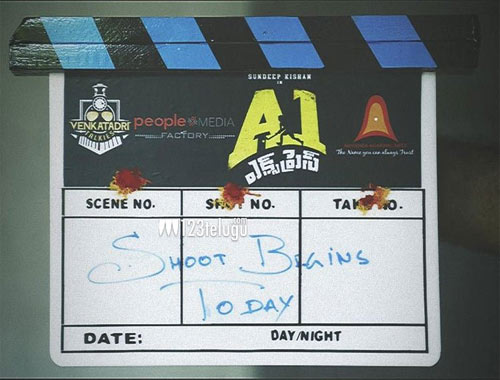 Young hero, Sundeep Kishan is doing back to back films and has now launched yet another film in his career.

Murali Sharma and Raghu Babu have joined hero Sundeep for the shoot. ‘A1 Express’ has a hockey backdrop and it is the first Telugu film to have this sport set up. Hip hop Tamizha will be composing music for the film while Kavin Raj is handling the cinematography and Chota K Prasad is the editor.