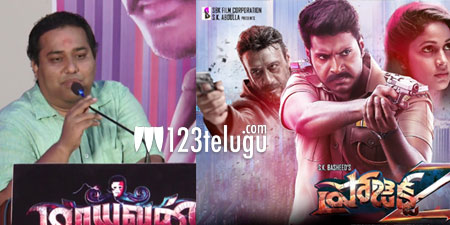 Sundeep Kishan’s new film, Project Z is releasing tomorrow all over. The film is directed by noted producer turned director CV Kumar. The film opened to some decent reviews in Tamil and we need to see how it performs in Telugu.

The latest we hear is that CV Kumar will now produce yet another new film in Tamil and he has named the movie as Titanic. The film will be a youthful drama and will have mostly newcomers in lead roles.

A new director named Janiakiram will direct this film which will soon go on floors.