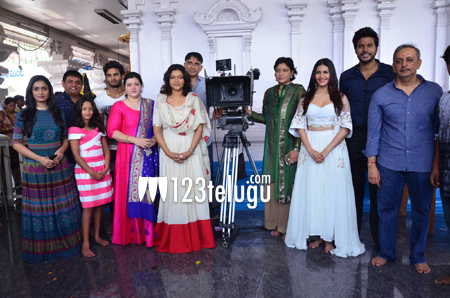 Sundeep Kishan is back with a bang after a brief gap and has some very interesting films lined up. One among them was launched earlier today in Hyderabad. The youthful entertainer is being directed by Mahesh Babu’s sister Manjula and was kick started with a basic pooja in Film Nagar temple earlier today.

Amyra Dastur plays the female lead in this film which has music by Radhan. The shooting of the film will be on from the 20th of this month in Hyderabad and the makers are in due plans to release the project by Dussera.

The yet untitled film is produced by Kiran and Sanjay Swarup. More details of this project will soon be revealed.