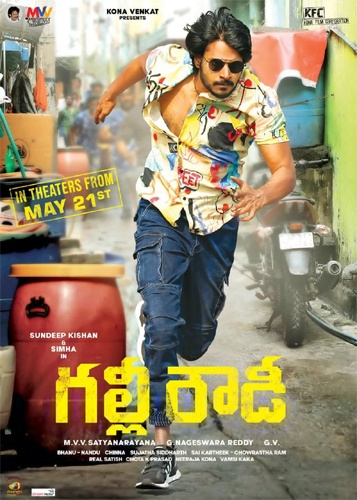 Sundeep Kishan, who was last seen in A1 Express, is in no mood to slow down. The actor will next be seen in a film titled Gully Rowdy, and he has produced another film, Vivaha Bhojanambu which is expected to release soon.

Unveiling the first look of Gully Rowdy, Sundeep Kishan said that his character, Meesala Vasu, is the quirkiest role he has played till date. The film has been directed by G Nageswara Reddy, and MVV Satyanarayana has produced the film. Kona Venkat is presenting the film. Bobby Simha will be seen in a key role in the comedy film.

Sundeep Kishan also announced that the film will hit the screens on May 21.

Take pleasure in presenting to you my quirkiest character to Date…

Promise you a Laugh Riot 🔥