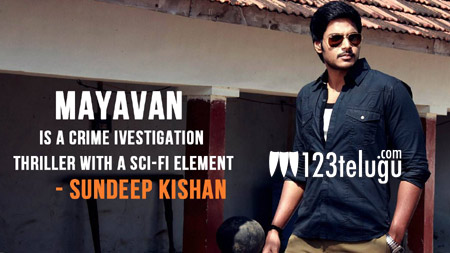 We had already reported that young hero, Sundeep Kishan is currently busy shooting for a Tamil film Maayavan. Latest update reveals that the filming of this project is nearing completion.

Touted to be a sci-fi thriller, this film is being directed by producer turned director CV Kumar. Sundeep plays a tough cop in the film which has Lavanya Tripathi and Akshara Gowda as the female leads.