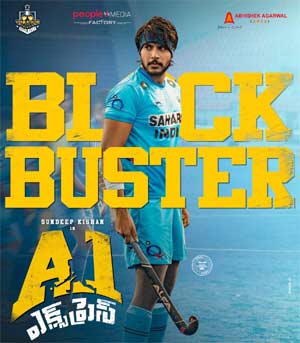 Hero Sundeep Kishan’s landmark 25th film, A1 Express, released yesterday and received a decent response from audiences. Starring Lavanya Tripathi as the female lead, the film is a hockey-based sports drama and is an official remake of the Tamil hit, Natpe Thunai.

According to the latest update, A1 Express collected a decent worldwide share of Rs 1.50 crore on its opening day. This is the highest ever opening day collection in Sundeep’s career. Given the positive buzz surrounding the film, the film is expected to perform well over the weekend.