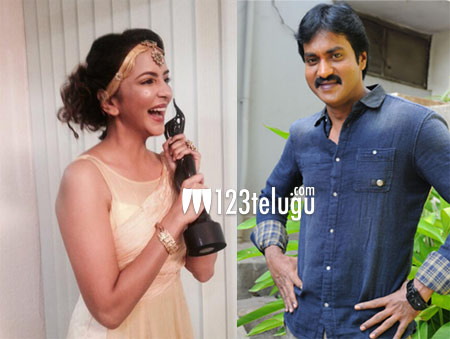 Its happy news for both Lakshmi Manchu and Sunil as they have won the Filmfare Award for best supporting actors in the ongoing 61st Idea Filmfare Awards in Chennai.

While Lakshmi won it for Gundello Godari, Sunil won it for his striking performance in Tadhaka. Its a double whammy for Lakshmi Manchu as she had also produced this big budget flick.

The awards show are on going on a full swing, and stars from all industries have graced this show. 123telugu.com wishes both these actors hearty congratulations for their prestigious awards.