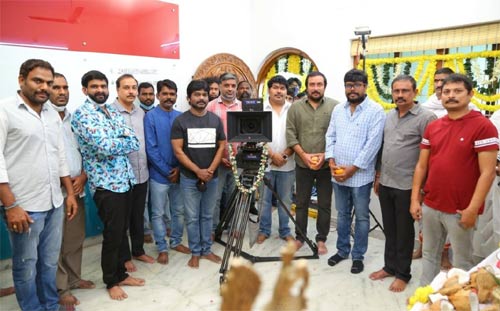 Sunil did not make it big as a hero but he is still signing films back to back. He is now once again back as hero with “Vedantham Raghavaiah”. The film will be directed by C Chandra Mohan and produced by Ram Achanta and Gopi Achanta under 14 Reels Plus.

Star director Harish Shankar, who made blockbuster Gaddalakonda Ganesh for the production house, is presenting “Vedantham Raghavaiah” besides penning the story.

“Vedantham Raghavaiah” has been launched today with Pooja ceremony at the film’s office in Hyderabad. Sai Kartheek scores music, while Damu Narravula is the cinematographer.