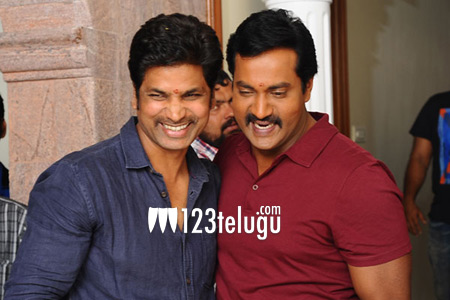 123Telugu has updated several times that Sunil and Veeru Potla have teamed up for a film titled Eedu Gold Ehe. Anil Sunkara of AK Entertainments is producing this hilarious entertainer.

According to the latest updates, the film’s talkie part is nearing completion. A major schedule has been wrapped up recently, and the climax portion of the film will commence shooting from tomorrow onwards. Sushma Raj of Maaya fame and Richa Panai of Yamudiki Mogudu fame are the leading ladies in this film.